Fall brings out the best that Oregon golf has to offer

They call it golf's shoulder season, but in Oregon, it might be the best time of year to play golf.

The signature 13th hole on the Nicklaus Course at Pronghorn.
«

Where else can you experience the green fairways against the incredible backdrop of fall colors against the snow-capped mountains? Or perhaps even the U.S.'s version of the Irish Coast on the Pacific Ocean.

Oregon is pretty diverse, of course. Some parts have 12-month seasons -- like the High Desert and the Southern Coast -- while others transition into the offseason majestically. The best part, perhaps, is that it's also when you'll find some of the best deals on some of the most magnificent courses in the country. And Oregon has plenty of great courses.

Everyone knows about Bandon Dunes Golf Resort, of course. The original Bandon Dunes and Pacific Dunes are in the top five of everybody's list, followed by the newer Ben Crenshaw/Bill Coore-designed Bandon Trails, Old Macdonald and the wonderful par-3 course, Bandon Preserve.

Not far from Bandon is Sandpines Golf Links, also on the coast. There aren't any sweeping ocean views (plenty of pine trees) on this wonderful Rees Jones design, but you're so close to the sea you can literally smell it. It's probably the best course on the Oregon coast besides Bandon.

Central Oregon not too shabby

But while Bandon is arguably the finest collection of golf courses in North America, Oregon has so much more to brag about, especially in the fall as the weather cools and the leaves begin to turn.

Central Oregon, for example, is one of those great golf destinations that Oregonians probably know about, but many in the rest of the country can't quite appreciate yet. Take Pronghorn for example, one of only two facilities in the country to have a Jack Nicklaus and Tom Fazio signature course. This is a place where you play golf, ski (late spring/early summer) and fly-fish on the Deschutes River all in the same day.

The courses are also stunning, built on ancient lava outcroppings. The Fazio Course even has a par 3 that plays over a lava tube.

"They're built on the second-oldest juniper forest in the world," said Joey Pickavance, head professional at Pronghorn, which offers terrific stay-and-plays. "It's a fantastic setting."

Less than 45 minutes from Bend is Redmond, where the colors are spectacular as well, surrounding the courses of Eagle Crest Resort. Both championship courses there -- the Ridge and Resort -- have great views of the Cascades and plenty of mature trees.

Not far west, near Sisters, Ore., is Black Butte Ranch. Its season winds down in October, but there's still plenty of good golf left on two courses that received fantastic updates, including the recently redone Glaze Meadow Course. John Fought was responsible for the renovation, which turned out to be nothing short of pristine.

Of course, if you can make your way over to the SunRiver Resort, located at the foothills of the Cascades, you won't be disappointed either. The three courses there have hosted numerous high-profile events over the years, the scenery around the Deschutes and Little Deschutes rivers is unforgettable.

There's more stellar golf heading toward Portland. Traveling toward Indian Creek Golf Club, you get scenic views of the Columbia River gorge as you drive from Portland to Hood River, Ore., where this course is located. There are also views of Mount Hood from the course. It gets windy in the afternoon, but it's worth it. And the clubhouse has an excellent chicken salad.

Tucked up on the Washington State side of The Gorge, about 45 minutes east of Portland, is one of the best courses in the Pacific Northwest to watch the season change from summer to fall, Skamania Lodge. There are trees everywhere, though, which means the course is tight.

About 30 minutes from downtown Portland is Mountain View Golf Club. The name says it all. Value and scenery? This is one of your best options. Or you can try the 27 holes at the Resort at the Mountain, located toward Mount Hood but low enough that it doesn't get hammered with snow. It has a resort feel without the pretentiousness. There's also fly-fishing nearby.

The best public course in the Vancouver area might be Camas Meadows Golf Club, located just across the border in Washington. This beautiful facility is well maintained so it'll stay nice into the fall season.

South of Portland on the way to Eugene, you can check out Salem Golf Club, which was established n 1928. With a real country club feel, this is the perfect break for those heading over to watch an Oregon State or Oregon college football game.

And if you're down south toward the California border, be sure to hit Running Y Ranch, the only Arnold Palmer signature course in Oregon. 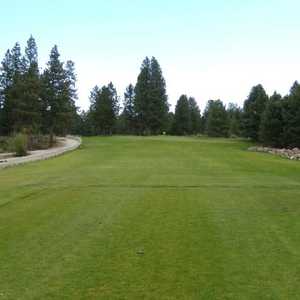 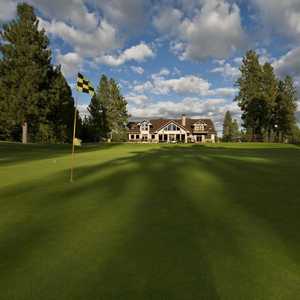